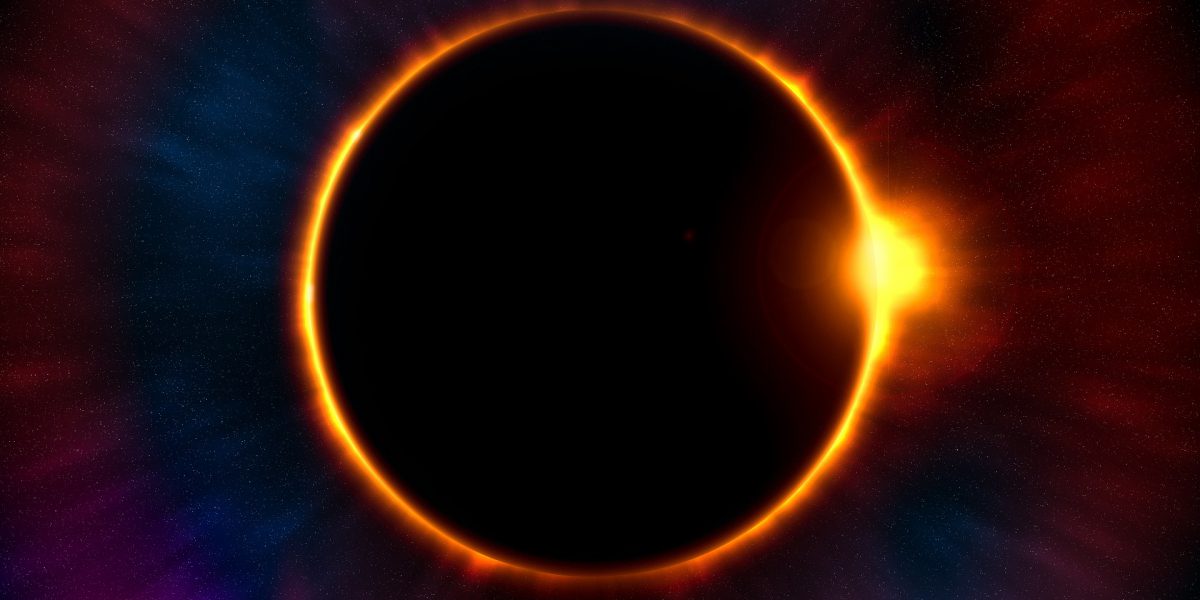 For the first time in almost 100 years, a total solar eclipse will occur coast-to-coast in North America on August 21, 2017. This is an event that many have waited their whole lives for because eclipses do not happen every month and total eclipses across one particular area have an irregular schedule. View an animation of the upcoming eclipse here!

The Earth, and most of the other planets, are in a plane around the Sun called the ecliptic plane. The Moon’s orbit, in relation to the ecliptic plane, is shifted approximately 5 degrees. That means that the Moon is not on the same plane as the Sun and Earth and therefore its shadow does not always cross the face of the Earth when it passes between the Earth and Sun, during a new Moon.

Due to the Moon having that tilt in its orbit a solar eclipse is a non-standard event and also occurs across various parts of the planet. Otherwise, if the Moon were in orbit on the ecliptic, some of us might never see a full eclipse if we didn’t travel to the equator. Plus, they’d happen every month and not be such a special event.

As is, the Earth is graced with anywhere from two to five eclipses of one sort or another throughout a year. However, there are never more than two total eclipses within a given year. That’s what makes this upcoming one extremely cool. Some places have to wait 1300 years or more for a total eclipse, as Australia’s Queensland area did until they had one in 2012. But why exactly are we being graced with a total solar eclipse?

Because of the Moon’s relative distance from the Earth, and our distance from the Sun, at times, they are nearly identical in size in the sky. The Moon is in an elliptical orbit around the Earth and its distance varies by about 50,000 kilometers. When it’s at its closest point, called perigee, it’s only 356,500km away and has been termed a “Super Moon.” If we had an eclipse then, it would block out the whole Sun. When the Moon is nearing its apogee, or furthest point from Earth, it’s about 406,700km away and is then slightly smaller than the Sun in the sky which allows for an annular eclipse. An annular eclipse creates the “ring of fire” where part of the Sun’s atmosphere is still seen around the shadow of the Moon, which is also a pretty cool event.

On August 18th, the Moon will reach perigee and will be just 366,121km away from Earth. Then it will begin moving away when, three days later, it will cross the lunar node and pass between the Earth and the Sun. Being so close to the Earth means we will have a total solar eclipse. A lunar node is the point where the Moon crosses the ecliptic and lines up with the Earth’s orbit in relation to the Sun. The Moon must be close to the lunar node for an eclipse to occur.

If you miss this total Eclipse in North America you’ll be cursed with seven years of bad luck before the next. Remember, the last time North America had a coast-to-coast total solar eclipse was 99 years ago. The entire concept of computers and the Internet have been created since then. Actually, waiting just a mere seven years for the next total eclipse in an area is pretty good, unlike The Great Barrier Reef, which had 1,300 years to ponder it.

North America will get another one in 2024. On April 8th of that year North America will see its second total solar eclipse of the 21st century. That one will be in the opposite direction and go from Maine to Texas. The really cool thing about that one is that it will happen into the setting Sun and end just 10 minutes before the Sun dips below the horizon in some areas. Because the upcoming eclipse in 2017 takes place in North American summer, the Sun will be higher in the sky when it occurs.

If you happen to live in the Carbondale, Illinois Paducah, Kentucky, or Farmington, Missouri areas, DON’T MOVE! You’re going to get both total eclipses between now and 2024!

Check out this fantastic visualization of the Moon’s shadow crossing North America on August 21, 2017.

Written by Christophor Rick for the Milwaukee Area Science Advocates