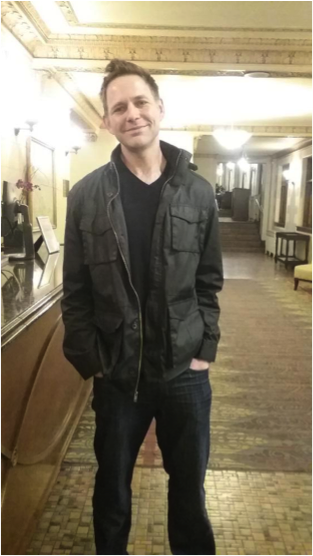 Mathematicians sometimes make odd scientists, since often what they do cannot correctly be called ‘empirical’ at all. Their ‘lab’, if they need it, is a computer; their instruments often simply pen and paper. I understand mathematics broadly to contain logic, probability, risk, and computing, and these are my areas of research. Specifically, I have published on a particular type of insurance, what I have called “Pattern Derivatives”; but the mathematics involved applies equally to the analysis of randomness in streams of data, and in general. As a living scientist, I spend most of my time simply at my desk with my computer.

Mathematics and computing have been important to me for a rather unique reason. At the age of twenty-five I was diagnosed with Schizophrenia.  Here, I want to say something of what logic, probability, risk, and computing meant to me in recovery and today.  I am hopeful that an understanding of these ideas in my personal journey may be helpful to the community of people suffering from similar conditions.

I don’t think I ever fit the stereotype of someone with my diagnosis, that of a phantom wandering the streets or the halls, acting unusually and incapable of basic human interaction. I found myself more the observer than the actor, blending in as much as possible, while very much suffering under the feeling that the world was working against me. This feeling permeated much of my life – whether it was something as simple as keeping track of items in my apartment or as complicated as trusting people I had never met – and caused for me a perpetual and extremely painful distraction. Regaining my intellectual footing was a long journey, but pursuing a degree in Computer Science at The University of Wisconsin-Milwaukee did a lot to set me aright.

People with a diagnosis of Schizophrenia usually suffer from what I view as a certain problem of integrity, and it is my experience that they have to work to maintain their integrity. One form of integrity is logical integrity, or consistency, and this is very difficult to maintain under the feeling that the world is working against you. The first and perhaps most important thing, which I was to learn from my education in Computer Science was that under normal circumstances, if it feels like the world is working against you it is almost certainly not.

In programming, you encounter problems, or ‘bugs,’ all the time, and some of these bugs can be terribly frustrating.  In these instances, it is almost always the case that there is a problem with your code.  When  you repeatedly discover that there is a problem with your code, you realize you really do have to get to the bottom of things before you jump to conclusions.  In other situations, when I felt there may be a hidden adversary at work because something seemed unusual, I learned to catch myself, and get to the bottom of a problem, before ascending to conspiracy.  This kind of bottom-up thinking allowed me to start to live again, and I must give a lot of credit to programming in my recovery.

When events appear to be occurring outside of the realm of normal, the first thing to ask when getting to the bottom of things is whether they are necessarily outside of normal; namely, is there another explanation for the events which makes sense in common terms.  This entails that one is capable of logic, and finding logical alternatives. For instance: did someone take my papers, or have I not yet searched exhaustively for them? Did someone mean their comment as an insult, or is there another innocent explanation? Exhaustive searches can save your sanity, but if you are not capable of searching through logical alternatives, you are not in a position to save yourself. I knew logic well before I knew programming, but logic and programming are cooperative processes. Learning basic programming itself can help one learn logic, and the two can progress together. In the end, the discipline of logic itself also has quite a bit more to add to the education of someone like me, beyond programming, but programming can be an effective start for someone like me.

However, the world is not simple, and things are not always explicable through logical reasoning. In these instances, a sound and intuitive understanding of probability is important. Indicators, signals, and clues exist and cannot be ignored as superstition, and for their effective evaluation, logic is not enough. Without a firm footing in probability, someone who has gone off the cliff is likely to wind up unable to make their own decisions. Sadly, there remains a certain resistance to this enlightenment, falling under the general sentiment that ‘statistics can prove anything.’ I continued my education in probability at DePaul University, and today I continue to pursue academic research in this subject.

Someone who has been diagnosed with Schizophrenia lives an essentially riskier life. Often, they are not given the benefit of the doubt, and breaks can be hard to come by. Understanding this in mathematical terms was and continues to be important to me. I achieved a broad understanding of the ways in which mathematical thought could inform my diagnosis with a degree in Computational Finance from DePaul. The fundamental lesson I learned was to take small and diverse risks in all aspects of your life as you climb out from under your diagnosis.

Today I am diagnosed Schizoaffective, which means different things to different people. For me, it means that I have some of the collection of conditions which a Schizophrenic might have, but I don’t – and never did – have the textbook symptoms. I don’t think I would have been able to see my way through the initial diagnosis if I hadn’t been persistent in my logical and mathematical development. This has maintained in me a certain logical integrity, which, when accompanied with an ethical integrity and personal integrity (keeping of commitments), allows someone like me to persevere despite what may come their way. Now, I love the work and writing I do; I love to wander off into corners of an area I am researching; I am a lover of the natural world; I enjoy good company over food and drink; I enjoy a good book or film; I love to laugh; and I am a persistent dreamer and idealist, living happily in downtown Milwaukee. Ultimately, I would like to translate my personal experiences into a collection of mathematical handbooks, covering the topics most important to people like me, but accessible to the general public, at different levels of competency.

Casey’s recent memoir, atheoryof.me, is an all-digital release available on Amazon kindle. He can be reached via email: cs@atheoryof.com

Written by Casey Schroeder for the Milwaukee Area Science Advocates