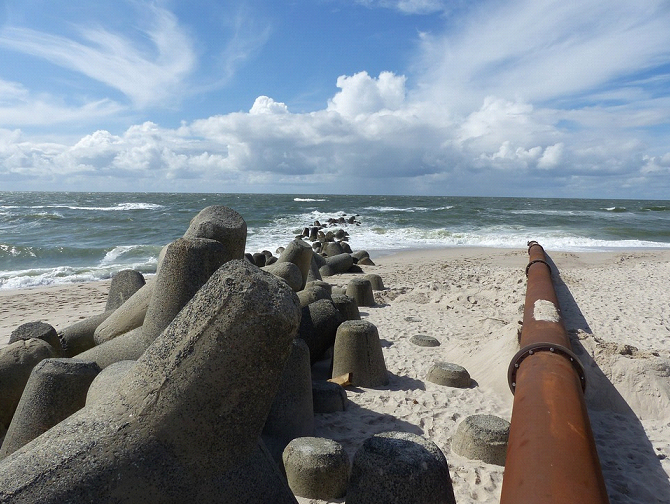 On March 14th, the Director of Canadian energy delivery company Enbridge confirmed that Line 5, the pipeline which carries natural gas and light crude oil through the Straits of Mackinac between Lakes Michigan and Huron, is experiencing loss of protective coating. Currents in this area change roughly every day and a half allowing for large and fast dispersion of particles.

Enbridge Line 5 carries 540,000 barrels of natural gas and light crude oil per day from Western to Eastern Canada through the Straits of Mackinac which connect Lake Michigan to Lake Huron. Additionally, Line 5 supplies 65% of Upper Michigan’s Propane demand, and 55% of needs statewide. Enbridge has been in Michigan since the early 1950s and employs more than 250 people there.

On March 13, the Director of Enbridge announced that 18 parts of the line are experiencing loss of their protective coating. The protective coating surrounding the pipeline is made up of a coal tar enamel covered by two layers of fiberglass.

While Enbridge is confident that no bare metal is exposed to the water of the Great Lakes and only the outer layer is impacted leaving the tar coating, Kurt Baraniecki, Enbridge director of pipeline integrity admitted that there is a possibility metal is exposed in some of the places experiencing coating loss. Although Enbridge does not think any bare metal is exposed, divers are being sent to each affected part to visually inspect the area as well as sample the exposed material to make sure protective coating does remain. Line 5 is regularly inspected and has never experienced a leak since it went into operation.

Unfortunately though, Enbridge does not have a spotless record. The Polaris Institute calculated that based on Enbridge reports, 804 incidents took place over an 11 year period beginning in 1999 releasing 5 million gallons of hydrocarbons, a main component of petroleum and natural gas. Incidents have occurred in several states including Michigan, Minnesota, and Wisconsin. Enbridge incidents have occurred due to both pipe rupture and collision damage. Just this year, 600,000 gallons of oil were spilled in Texas from Enbridge’s Seaway Pipeline; this is the second incident involving this one line in under a year. 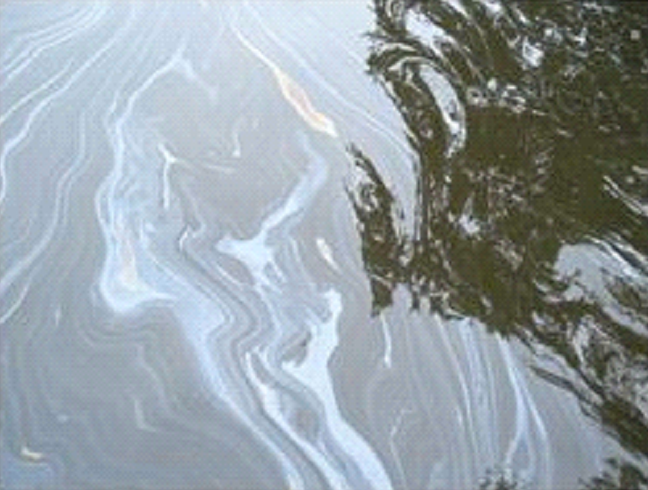 Embridge oil spill in the Kalamazoo River, Michigan in July of 2010. (NOAA)

Enbridge indicates concern for the Great Lakes. Should anything go wrong, an Emergency Response Plan has been outlined for the Superior Region which includes the Straits of Mackinac. The plan depends on prevention, preparedness, response, and recovery. Enbridge participated alongside the Environmental Protection Agency and the US Coast Guard in a practice drill in September of 2015 to test the reliability of their plan  and to work on preparedness.

Should inspection of Line 5 reveal that only the outer coating is damaged on Line 5, it is unlikely that repair will take place. According to Brad Shamla, Enbridge vice president of U.S. operations, Enbridge does not “believe that going in and doing a repair is going to change the corrosion protections.” Shamla also noted that the affected areas amount to less than 0.1% of the 645 mile line. While Enbridge claims the line is still like new, many remain unconvinced that a pipeline can maintain a like-new status when delamination has occurred.

Given the area in which the line passes, the Straits of Mackinac, any spill could quickly have severe impacts. According to the Great Lakes Environmental Research Laboratory, the unique flows in the Straits would cause materials in the water to disperse far more quickly than in other locations in the Great Lakes.

No news on the inspection of the line has been released since the Enbridge presentation at the Michigan Pipeline Safety Advisory Board meeting on March 14, 2017.