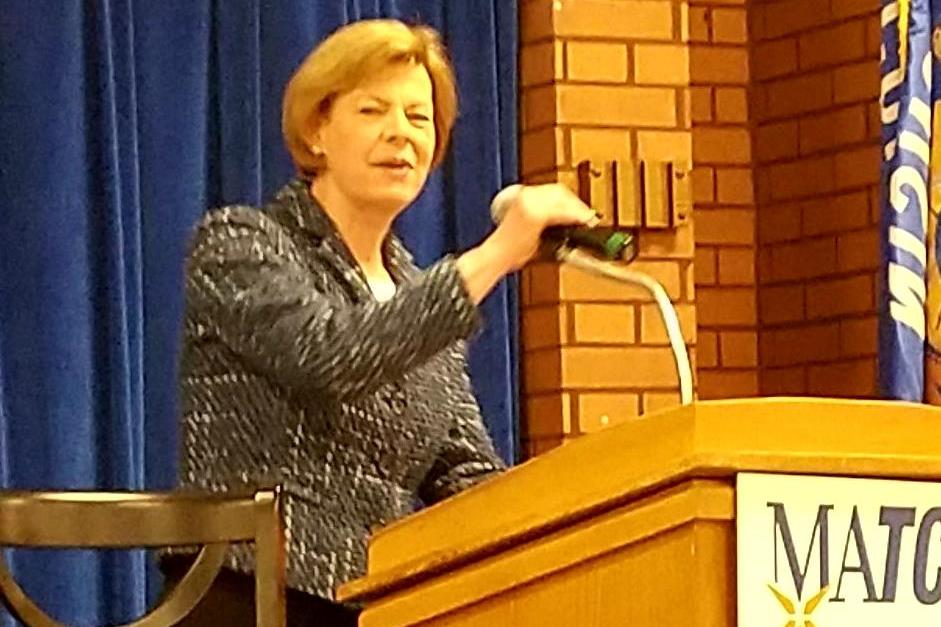 Senator Tammy Baldwin held a two-hour town hall meeting on Sunday, March 12, at the MATC Downtown campus in Milwaukee. Dorothy Walker, the interim dean for MATC’s Technical and Applied Sciences Division, opened the meeting and discussed Baldwin’s support of technical science programs and science funding in the Senate. While the main focus of Baldwin’s town hall was about the recent Republican-led healthcare bill and the direction of the Democratic Party, a few brief but important conversations about science were also brought to Baldwin’s attention.

One attendee shared their concern about environmental issues, including the recent news of a rumored 97% cut in the Great Lakes Restoration Fund [1] and recently-confirmed EPA Director Scott Pruitt’s comments in which he denies the relationship between carbon dioxide and climate change [2].

To these concerns, Senator Baldwin acknowledged she also worries about the reduction in funding to important research programs, particularly programs that are related to water. She noted we are a state with major counties containing lead laterals – Milwaukee, Green Bay, and Wausau as examples. The Senator also denounced the scrubbing of climate change terminology from the Wisconsin Department of Natural Resources website. She ended her response by mentioning she was one of the senators who strongly opposed the confirmation of Scott Pruitt and voted against him in his confirmation hearing [3].

Later in the meeting, I was able to speak to the Senator as a representative for the March for Science Milwaukee. I began by providing her an invitation to attend the March, scheduled for April 22, 2017 in Red Arrow Park at 2p.m. She replied, “I’d love to attend.” I then pressed her on what she feels the role of science is in public policy. She responded:

We need to support science and rely on a body of evidence in a number of policy areas. Not every area, but many of them. My grandparents raised me, and my grandfather was a scientist – a biochemist. I was raised really appreciating the value of science and basic research. Not only to inform public policy, which it must, but also to help lead us to breakthroughs that will increase the quality of life for people, for humanity, and our wildlife.

In summary, Senator Baldwin provided little at this time in terms of solutions to issues facing science literacy and science-based policy in the United States. She did express her understanding and support for science-based efforts, however. She pointed to her voting record as an example of her ongoing push to encourage science activities, including supporting funding for basic research initiatives such as the American Innovation Act [4].

We reached out to the office of Senator Ron Johnson via phone to provide him an opportunity to comment similarly on his feelings about the role of science in public policy. We have not yet received a reply.

UPDATE: We caught up with Senator Ron Johnson on April 11th and had the opportunity to ask him a few questions about the role of science in public policy. To read more, click here.

[3] Roll Call on the Nomination of Scott Pruitt for Director of the Environmental Protection Agency. Accessed March 13, 2017: https://www.senate.gov/legislative/LIS/roll_call_lists/roll_call_vote_cfm.cfm?congress=115&session=1&vote=00069